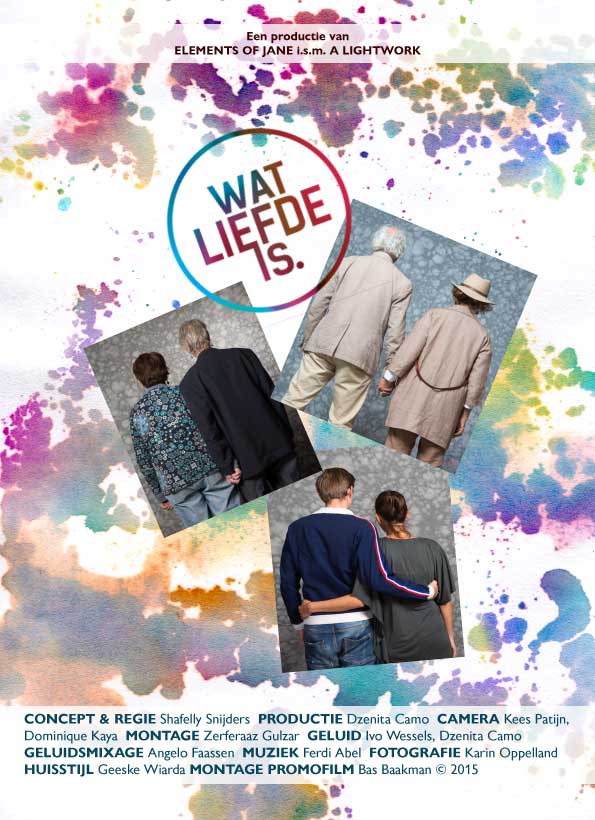 WHAT LOVE IS. is a televison series that portraits romantic couples who have been together for at least 10 years. It is a search for the meaning of durable romantic love and what it takes to mainiain it in the long run.

EoJ was responsible for the production, communication and PR, including the development of the official website. On the website – which was online until 2016 – we also collected love quotes and souvenirs from real-life couples.

The production phase of the series lasted for two years (2013-2015). The series premiered on November 22, 2014 on the Rotterdam television channel OPEN Rotterdam. Currently he series can be viewed online via Open Rotterdam and via our own You Tube channel.

The program was supported by the Art and Culture Department of the Municipality of Rotterdam.