As I write this, the very last screenings of International Film Festival Rotterdam (IFFR) 2019 are about to start. For me personally, IFFR ended last night with a late screening of Sunset. It was a very busy edition for me, working my normal job, working at the festival, and trying to squeeze in as many films, masterclasses and talks as I could. That is why this years final film count amounts to only seven. So here they are shortly reviewed and ranked from least to most favourite.

On my last day of the festival I was able to score a last minute ticket for Sunset. László Nemes’ sophomore feature. An almost three-hour long period piece centering on a young woman arriving in pre WO I Budapest and slowly uncovering unknown family secrets. I had high expectations of this film, since Nemes’ Oscar winning debut Son of Saul instantly became one of my all time favourites. I had high expectations, but I was somewhat disappointed. The film is visually beautiful, art design and costume design is breathtaking. The script has some big shortcomings though. As the film progresses, the story becomes increasingly unclear. When the end credits start the viewer is left in some sort of confusion as there remain too many loose ends and unexplained events.

In Son or Saul Nemes used a very distinct directorial style, staying close to its protagonist throughout the film, making the viewer walk where he walks and see what he sees. Enabling the viewer to almost crawl into the main characters skin and thus increasing the emotional impact of the story. In Sunset Nemes’ uses this exact same method, trying to make us identify intimately with its female protagonist. But while this approach perfectly fit the storyline in Son of Saul, it starts getting somewhat exhausting in Sunset. It does not add anything to our experience of an already confusing story.

Though this film turned out a bit dfferently than I hoped, I am glad that I have seen it. There was certainly enough beauty in it to appreciate, despite its narrative loopholes. Nemes remains one to watch, though I sincerely hope his next feature will show us a somewhat different directing approach.

Based on real life experiences from it’s director and main actor Phraim Bhuiyan, Bangla is a nice romantic comedy with a serious and relevant theme at its core. The main character Phraim, is a second generation Italian of Bangladeshi descent. He lives in Torpignattara, a multicultural neighbourhood in Rome. As many immigrant born children, Phraim is struggling to define his identity, navigating between two cultures. In the film the character describes himself as “something in between, like a cappucino – 50% Bengali, 50% Italian and 100% Torpignattara guy.” The culture clash becomes a problem when Phraim falls for an Italian girl. Scared of his parents reaction, he keeps the relationship a secret. While he personally struggles with the fact that his muslim religion does not permit sex before marriage.

This story evolves in a light, genuinly funny fashion, while there is also social comment on the life and – not always fair – treatment of immigrant descendents. Like for instance, even though they are born in Itay, they can not get Italian citizenship until they turn 18. Most funny moments come during the, often clumsy, encounters between the young lovers. Phraim also occasinaly breaks the fourth wall to deliver some witty observations.

All in all I enjoyed this film very much. It was my comic relief in a pick of mostly complex dramatic endeavoures. Bangla showed me a glimpse of a world I didn’t know existed. I learned that there is a large immigrant population form Bangladesh in Italy, While bringing a new point of view it shines a light on a theme that will resonate with all of us who have roots elsewhere, albeit to different extents and cultural themes. 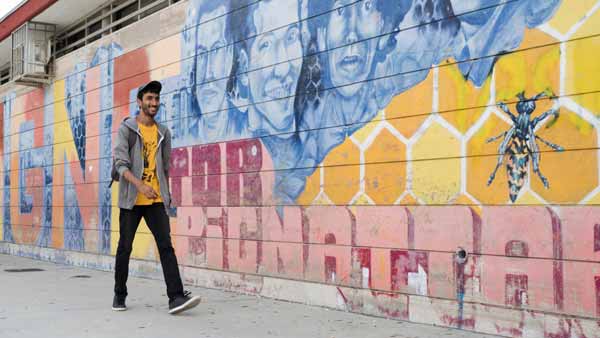 I did not know much about this film when I booked the tickets. I had time on monday evening and just chose the one that seemed most interesting out of the films available. And I had a very nice surprise, ending up in the world premiere of End of Season.

The feature debut of Azerbaijani director/screenwriter Elmar Ivanov is a subtle, yet complex an layered drama. The story centers on a family of three people, who each are trying to escape the disappointing realities of their personal existence. There is the figure of the absent father, an unemployed actor who is numbing the everyday reality with alcohol. Then we have the unappreciated mother, the nourishing caretaker who sacrificed her own wants for her family. And then there is the adolescent son, who is smartly taking the necesseary steps (good job, looking for an appartment) that will enable him to break free from his family. When the mother misteriously dissappears during a day at the beach, things are shaken up and the family members start to wake from their existential inertia.

End of Season is more than a family drama. Its çomplex family dinamics represent the uncertainty of  modern day Azerbaijan. A society in transition from communism to capitalism, stuck in limbo between the tradional society and Western modernity. The analogy is executed well by the filmmakers and was recognized by film critics who awarded it the FIPRESCI Critics Award at IFFR.

End of Season on IFFR 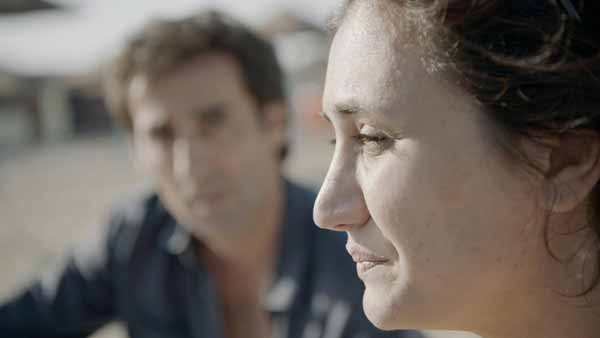 To avoid the article being too long of a read, Ispread it in two parts. Discover my top 3 films seen at IFFR 2019 in tomorrows blog article.