our team and partners

In 2012 Dzenita Camo founded Elements of Jane productions in Rotterdam, builidng on her previous work experience in communication and production of corporate an artistic audiovisual projects. Through the years the company slowly but steadily expanded it’s scope of projects and network. We have built a proud portfolio of fictional, documentary, artistic and commercial short films and video’s. And we also produce and organize art events. The year 2022 is not only marking our tenth annyversary, but also a big step froward towards our first feature length film production and co-producing internationally. 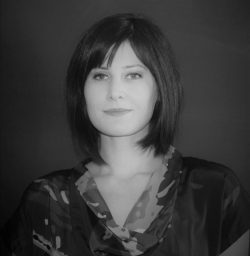 Dzenita Camo (Sarajevo, 1981) is a Bosnian-Dutch producer, screenwriter and director. She lives and works in Rotterdam and Sarajevo. Fascinated by stories ever since she could read and write, she grew up on a diet of books, art and movies. As an adult, she carved her own professional path and works as an independent film producer and communications/PR consultant on various commercial and artistic projects.

Her film career started in 2008 working as a producer and assistant director on corporate and artistic projects. Meanwhile, she continued to develop her skills towards screenwriting and directing, which she put into practice a few years later.

Dzenita’s work mainly revolves around themes of social and cultural significance with an aim to enlighten, enrich and entertain the public by offering new perspectives on important or little-known matters. She also enjoys working with emerging and experimental filmmakers who want to explore new ways of storytelling and the possibilities of film as a medium.

She divides her time between her two places of residence, Rotterdam and Sarajevo. Both special cities shaped her as a person and are a great source of inspiration in her work.

Ismar Vejzovic is a Bosnian-Dutch filmmaker who lives and works in Rotterdam. He studied Journalism and Filmmaking. Ismar is a member of Association of Filmmakers of BiH. He is currently working as a TV & Film screenwriter, director and producer. Ismar worked on a large number of
film & TV productions and is author of 3 short movies Dreamin’ Away, Ameen & Radio Freedom.

Since 2023 Ismar is part of Elements of Jane Productions, wher ehe is working as a screenwriter, director and executive producer. 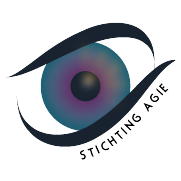 We often work together with Foundation Agie on production of film and art projects.